The emerald ash borer originates in China, northern China, Japan, eastern Asia, eastern Russia, and Korea. It wasn’t until June of 2002, that it was found in North America, and the first documented sighting was near Detroit, Michigan. It is surmised that they arrived on solid wood packing material carried in cargo ships or airplanes that originated in Asia.

In the United States, ash trees lack the ability to defend themselves against these insects. Without the right treatments, ash trees can become infected and die from their infestation. Ash trees are vital to a healthy ecosystem as they provide stormwater retention and pollution reduction among other benefits. The emerald ash borer can attack four ash tree species including the white, black, blue, and green ash. To date, the mountain ash tree is not affected by the emerald ash borers.

To better help identify an ash tree, look for these characteristics:
Opposite Tree Branching: When the branches are directly across from each other and not staggered is opposite branching. Not every branch will have an opposite mate because limbs may die or break off. branches are gray to brown in color and do not have a waxy coating.
Tree Leaves: Compounded and composed of 5-11 leaflets result in ash leaves. With a single bud at the end of the branch, the leaf margins may be smooth or toothed.
Tree Bark Patterns: The bark is tight with a distinct pattern of diamond-shaped ridges on mature trees and young trees have fairly smooth bark.
Tree Seeds: Dry, oar-shaped samaras are the seed present on the tree and hang in a cluster until late fall or early winter.

Detecting emerald ash borers can be easy if you can spot the symptoms. These insects burrow into the trees and feed on its nutrients. As mentioned, the pests lay larvae in the bark and can reproduce and spread at an incredibly fast rate. Early stages of an infestation can be hard to detect. When the tree is under stress, the epicormic shoots originate from the trunk. The shoots can grow rapidly and quickly under the right conditions, but it doesn’t always occur. The birds feed on the larvae in the bark, increasing woodpecker activity. Adults will chew a D-shaped exit hole in the tree. It makes an S-shaped path as it moves up or down the tree when larva feeds under the bark. The feeding beetles eventually kill the branches and turns foliage yellow. Bark deformities and cracks are common on the trunk as well.

There are four types of emerald ash borer treatment options. These are soil injection, trunk injection, bark spray and canopy spray. The most common are soil injections and trunk injections as both deliver the treatment right into the tree’s tissue, which is then evenly dispersed throughout the canopy. If you suspect emerald ash borers on your ash trees, it is essential you eliminate them as soon as possible. Contact Crecraft for Treecraft Tree Service right away to begin treatment. 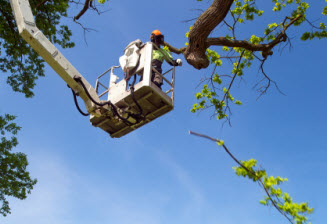 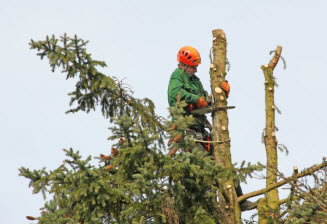 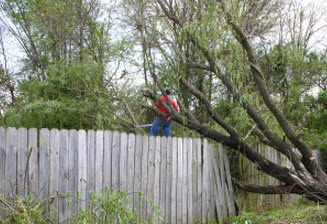 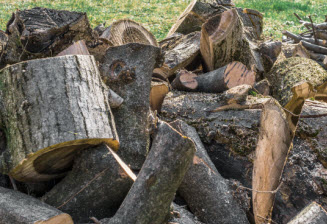